Over the last several years, especially over the last year, I have noticed a disturbing trend: Apple is losing its perfectionism. The details that Apple has long been known for getting right, seem to have been lost somewhere along the way to Cupertino (perhaps on a long winding road that went through Redmond in the 1990s).

Of course, there has always been the occasional kludge, but after too many hair pulling events in the last few months, I have decided that things have taken a significant turn for the worse.

I have a conservation going with a buddy of mine, and now we want to video chat. Since 2003, I have been able to click on an video camera icon and immediately begin video chatting with the buddy with whom I am conversing. In 2012, Apple introduces iMessages—clicking on the video camera icon results in this: 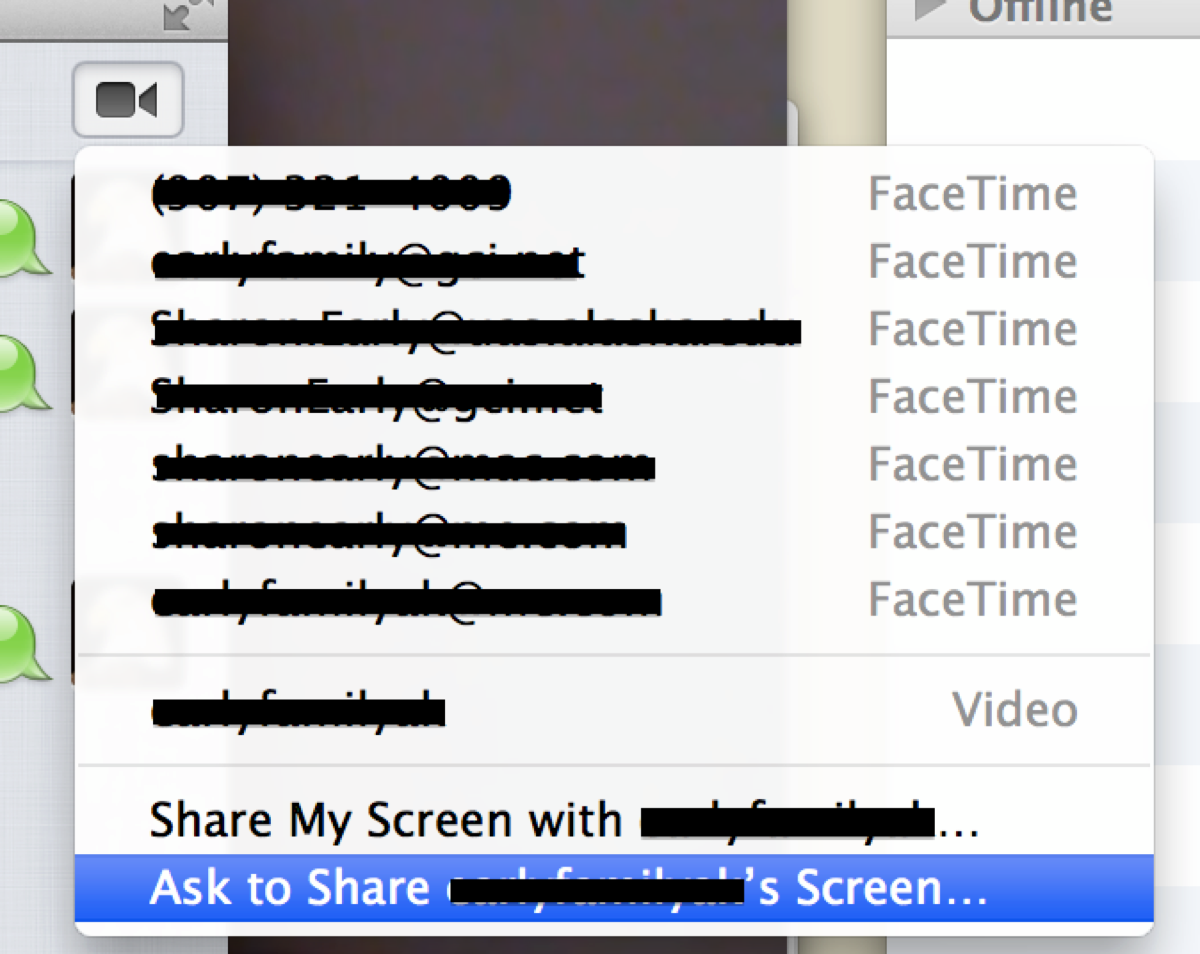 Uhhhhhhh. That’s one telephone number, six email address, and some special separated username. The first seven options are “FaceTime”, while the special (and nicely separated) username is “Video”. What am I suppose to do with that?

That’s a rhetorical question, if you’re trying to answer it, you’re missing the point. The point is that this needs to just work.